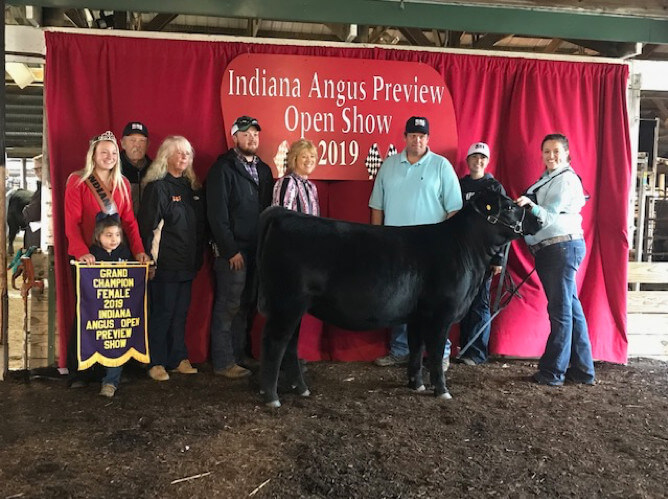 The calendar says it is summer-time.  Now, if Mother Nature agrees on that point or not is a discussion for a different day.  With the summer season upon us, our show team gears up for a busy next few months.  We had a really phenomenal start to our summer show season Father’s Day weekend at the Indiana Angus Preview Show.  Spending time and catching up with Angus friends from all over the state is always a joy.  Our kids had a really great weekend in the show ring as well.

BFAC Cheyenne 1804, shown by Kaylee Austin, received 3rd in her class both days.

Watching these females have success in the show ring is exciting, no doubt, but we are just as excited to see the offspring out of these heifers. 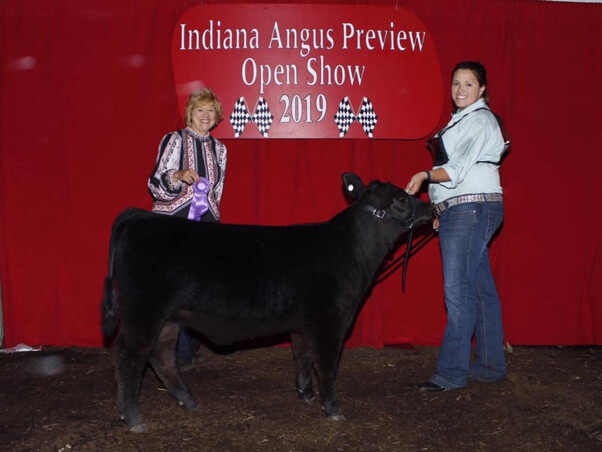 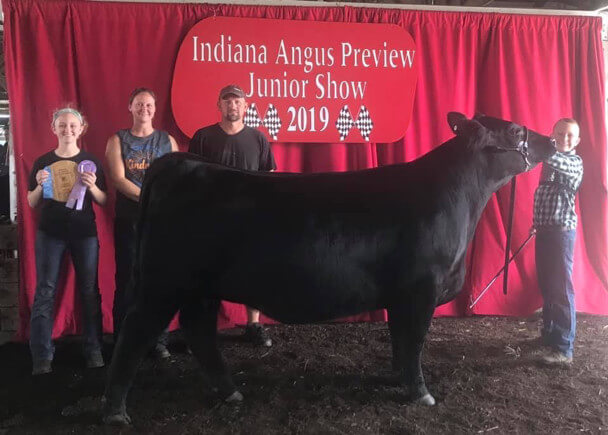 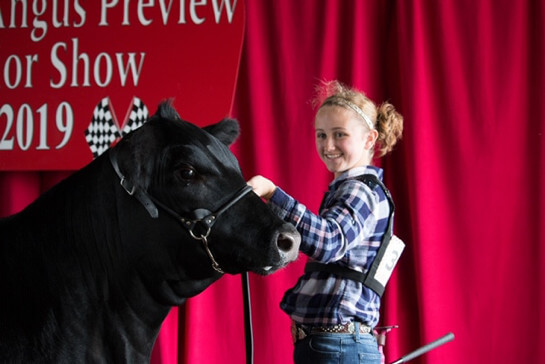